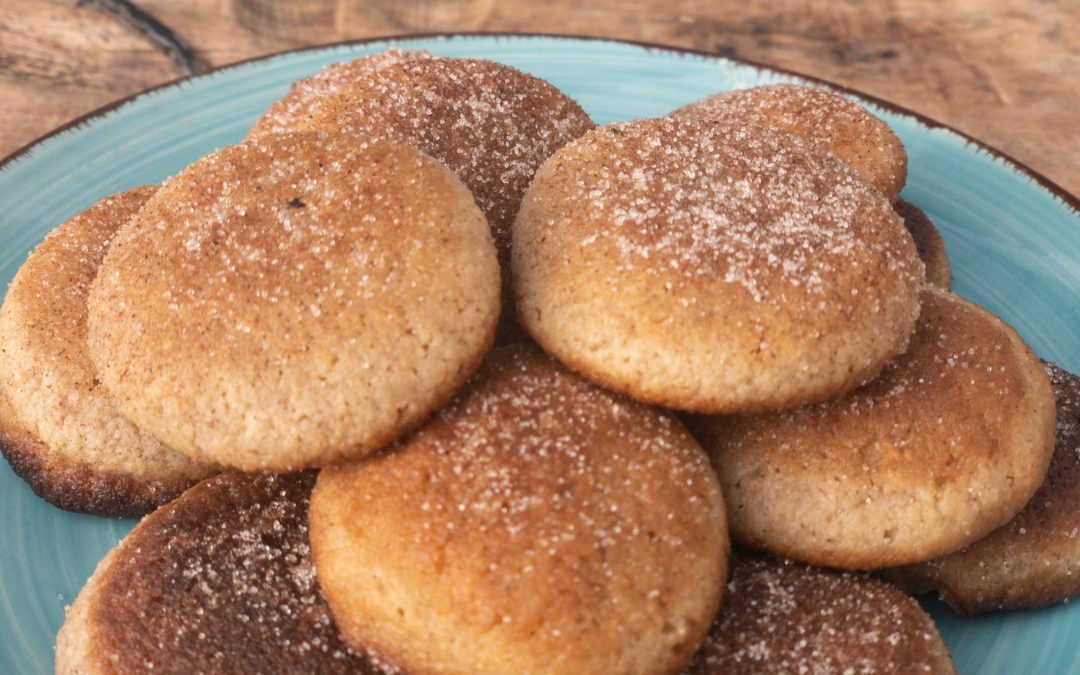 Donut holes anyone?  These Keto Cinnamon Donut Bites are a fun bite-sized breakfast for the family or a yummy afternoon snack.  Either way they are sure to please!

Do ever want some donuts for breakfast?  What about breakfast for dinner?  Either way, these Keto Cinnamon Donut Bites are Da Bomb!  No joke!

I’ve tried keto donuts before and they are just TOO MUCH for me.  Well, except my keto double chocolate donuts – those rock!  Most other keto donuts taste good, but after the first few bits, I just can’t take anymore.  So keto cinnamon donut bites seemed like just the thing to create!

A fond memory I have from childhood is my mom and dad making homemade donuts Chrimstas morning.  I called my mom and asked for her special homemade recipe so I could keto-ize it.  And I did just that.

I did more than keto-ize it though as I changed it quite a bit, but the base flavor still reminds me of home.

The first batch was AMAZING!  I tested them, took my pictures, put them all on a plate, walked out of the room, came back and they were gone.

My dog had eaten them all before I could have anyone else taste them.  Sigh…  It’s a good thing they are easy to make so I whipped up another batch!

RELATED – How to Start the Keto Diet (AGAIN)

Now I know they don’t look like your traditional donut holes.  I made them before and put them in molds and they stuck to the molds.  So instead, I made balls.

And of course, the balls spread out a bit and all is good!  They are more like donut hole patties!

Baking Sheet – Just a regular baking sheet or two will do!  I had to use 2.

Frying pan – These kind are great because they are nice a deep and prevent some of the splatter from the coconut oil.

I chose to use monkfuit for this recipe.  Erythritol and monkfuit are my favorites!  You can often go back and forth between the two depending on which one you like the best.

Monkfuit and cinnamon together make for a beautiful blend with these donuts.

If you want them to have that deep fried donut taste you have the option to fry them in coconut oil instead of painting coconut oil on.

You simply need to put about 1/2 cup coconut oil in a small saucepan and fry both sides (see below).

BUT, they need to be fully cooled and set before doing this or they may fall apart if you throw them in there warm.

The Perfect Frying Time and Temp

Here is what I concluded with trial and error.  Heat the coconut oil over medium heat.  Once it is hot, put no more than 3 in the pan and cook 5 seconds per side.  THAT IS IT.

I mean, I suppose you could put more in per time, but I couldn’t flip them fast enough when I had more than 3.  It will go fast since it is only 10 seconds per “round”!

Be careful when taking them in and out of the coconut oil.  They will be soft and you could accidentally smash them!

Other Keto Breakfast Recipes From The Keto Option

2. Grease baking sheet with oil of your choice (I like coconut oil).

4. Add melted butter and mix until crumbly (about 10 seconds). Let it sit for a few minutes to cool down the butter.

5. In a small bowl, beat together egg, vanilla, and heavy whipping cream.

7. Dough will be sticky. Refrigerate for 10 minutes if desired to decrease stickiness.

8. Roll dough into 1 inch round balls and place on a prepared baking sheet.

10. Meanwhile, mix together ingredients monkfruit and cinnamon for topping and set aside.

11. Let donut holes sit on the baking sheet for a few minutes before removing them. They will crumble if you remove them when too hot. They need a few extra minutes to set.

12. Melt coconut oil in microwave or on the stove. Brush HOT coconut oil lightly over the top of donuts and sprinkle on topping.