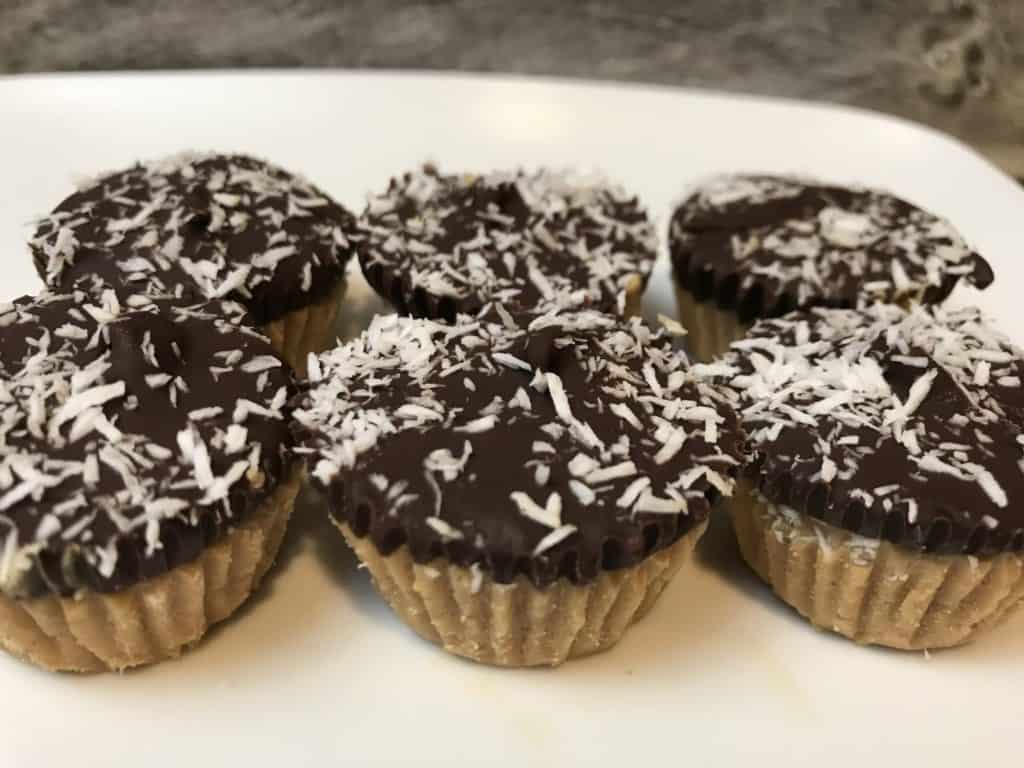 Exclusive recipes from “The Keto Option” BEFORE it is published! $2/month

Get FREE recipes delivered straight to your inbox!

I’m reasonable when it comes to constructing new dinner recipes, but I’m still getting the hang of fat bombs.  This is my first dessert/fat bomb original recipe so far!  I have to say that I think these Low Carb, Ketogenic Double Coconut Chocolate Cashew bites are pretty darn good!   Now, I don’t overdo it, in general, with cashews or cashew butter since it is a higher carb nut.  BUT, sometimes, it hits the spot!

Fat bombs are fickle.  I don’t really like to use sweeteners because most sweeteners like stevia are simply too overpowering.  I try to use flavors that are naturally sweeter, such as dark chocolate.  Coconut is always a nice addition to any dessert!

HA!  Just kidding!  I didn’t use a sweetener.  Now, Lily’s dark chocolate is sweetened a bit with stevia, so I guess you’ll get a little there!  But, as I said, this recipe really doesn’t need any!

You will need some mini muffin liners, otherwise, things may stick and make cleanup quite hard.  I prefer the unbleached ones like this.

And of course, to go with the liners, you’ll need a mini muffin tin pan!  I like the silicone ones because cleanup is SO much easier since you can pop them inside out and wash them good.  Not to mention the fact that they don’t rust!

These fat bombs can be used as fat bombs, snacks or a dessert.

Make sure the chocolate you use is dark, keto approved chocolate like Lily’s dark chocolate.