A real look at Keto and Cholesterol

A real look at Keto and Cholesterol

When someone is starting keto or contemplating starting, a concern is almost always cholesterol.  So I wanted to spend some time and take a real look at keto and cholesterol.

It is generally true that the amount of saturated fats that you will consume when starting keto is likely to be higher than what it was before.

So I think it is worth taking a moment and talking about saturated fats and clearing up a few things first.

Back in the day, there was a battle between sugar and fat and sugar “won”.  I use that term loosely, by the way.  It was “shown” that saturated fats contributed to heart disease.

The government told Americans that they should decrease saturated fats in their diets. So, what happened?  We listened!  We decreased fats and replaced them with trans fats (oops – we all know what a tragic mistake this was) and crap carbs

The result?  A huge rise in obesity, Type 2 Diabetes and heart diseases.

Hmmm….. According to a 2010 study, “… studies showed that there is no significant evidence for concluding that dietary saturated fat is associated with an increased risk of CHD or CVD”  (CHD -> Coronary Heart Disease, CVD -> Cardiovascular Disease).

Now, everything in moderation, right?  This doesn’t mean go eat red meats only.  But it does mean that perhaps saturated fats might not be the end of the world when consumed in moderation. Next, let’s give a little background on cholesterol.

Did you know that 75-85% of the cholesterol in your body is produced BY YOUR BODY and the other 15-25% is from your diet?

Most people talk about Total Cholesterol, HDL and LDL.  In short, HDL is the good stuff and LDL is the “bad” stuff.

So, you must dive deeper than just total cholesterol. What happens if you only look at LDL as one large category?  Well, you miss a lot of information.

There are large particle and small particle LDL. The difference is that the small ones are the yucky, sticky ones that can clog up the pipes.  The larger ones do not.  So, if you are going to look at your LDL, then it is a good idea to have the test done to break it down even further.

According to the Healthline article “Many people are being unnecessarily medicated because doctors tend to focus [only] on these numbers”.

Sometimes, it is just a matter of having a bit more extensive testing done and opening that line of communication with your doctor.

Now, there are studies out there that can show an (albeit weak) short-term association between saturated fat and raised cholesterol whereas it is much harder to show an association in longer-term studies.

As we talked about, most people either hear about or worry about how keto will raise your cholesterol.  I also hear these things as well as that there will be an initial rise, but it will settle down over time.

Uh-oh.  I have to say that when I got these results back, I did panic just a bit.

Even though I KNOW better! My total cholesterol was high, HDL was fine, LDL was high, and non HDL was high. Damn….. So, I did worry a bit.

Perhaps I was consuming too much saturated fat?  No, no, no.  I had to keep telling myself not to get caught up in the numbers and, instead, rely on what I know.  This is the typical “raise” after starting keto. 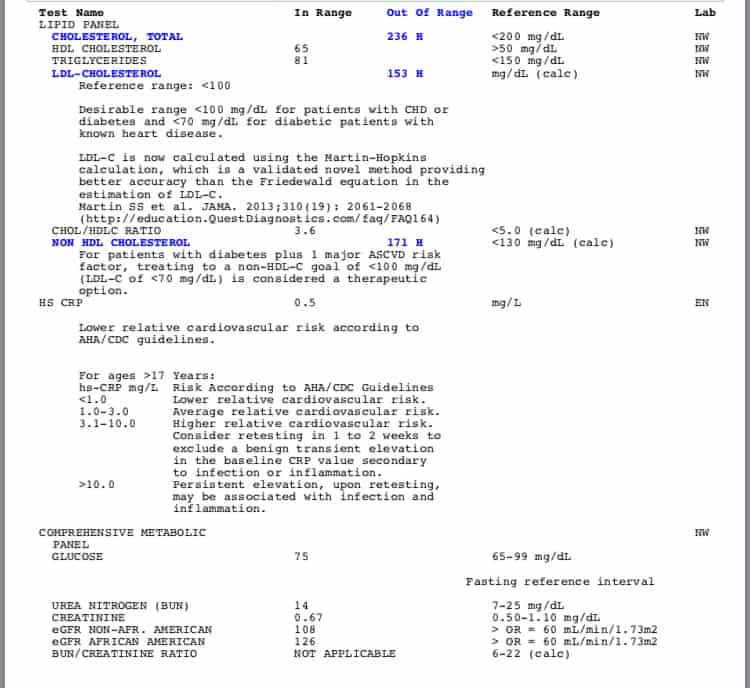 My naturopath said she’d be happy to do the test to break down particle size and I said “no need”. But I want you to see how my cholesterol is pretty perfect.  AFTER a short-term rise.  a TEMPORARY rise. 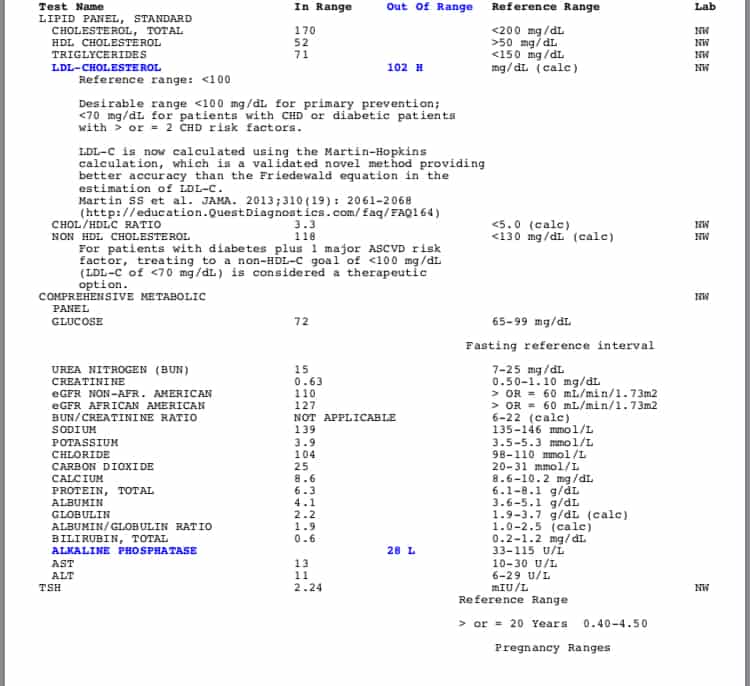 What does this all mean?

Don’t always believe the stories.  Don’t believe the scare tactics. Have your cholesterol taken before keto, at 3 months and at 6 months to put your mind at ease if you need to. I hope that a real look at MY personal cholesterol numbers will put things into perspective for you.